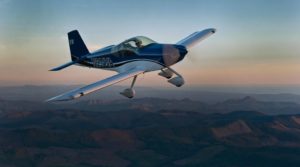 Founded in 1973, Van’s Aircraft, Inc. is arguably the most successful kit airplane in the market. Reporting their 10,000th homebuilt aircraft flown in 2017 the RV series aircraft can be found at countless airports throughout the country. Flown with a light touch and available in variants from aerobatic to light sport, let’s look at the current Van’s RV aircraft available:

Van’s RV14 – The latest Van’s has to offer with a two seat, side by side, aerobatic aircraft

Insurance carriers also trust in the Van’s RV series. So much so that carriers that historically would not insure experimental aircraft will write Van’s aircraft. Aircraft insurance on the Van’s RVs have some of the best rates available for experienced pilots.

If you are a current or prospective Van’s RV owner, the agents and pilots at Aviation Insurance Resources (AIR) can easily guide you through the process of insuring your experimental aircraft. We can even provide affordable builders‘ risk insurance while under construction. AIR shops all the major aviation insurance markets to obtain the best available rates and coverage. Call 301-682-6200 or request an aircraft insurance quote online today!