When aircraft owners experience a partial loss or total loss after an insured aircraft sustains physical damage, the aviation insurance provider’s claim handler begins preparing payment to the “name insured” (the policyholder and any loss payees endorsed under the policy).

As a part of that preparation of the claim payment process, claim handlers need to verify the aircraft’s ownership status with the Federal Aviation Administration (“FAA”) Aircraft Registry. If there is a total loss, a title search may also be ordered. 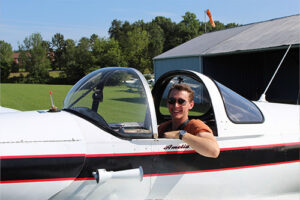 These steps are taken to ensure that the policyholder and all other parties with financial interest in the aircraft are accounted for in the loss payment. There are several scenarios that can create challenges for claim handlers when preparing loss payments and there is a problem in ownership determination, including:

Scenarios such as those can delay the payment of the claim, which is why having the proper documentation ready is so important.

Be Prepared to Prove Aircraft Ownership

If you have an aircraft owners insurance policy, having your documentation ready before a loss can help you avoid these types of issues when making a claim. There are several simple things aircraft owners can do to get prepared in advance, such as:

Proper preparation can give you peace of mind in the unfortunate event of an aircraft accident or incident. At AIR, we have a team of highly skilled aviation insurance specialists in our corner ready to help. Contact us today to learn more about aircraft owners insurance, loss payments, proving ownership, and more.