I own an aircraft, but sometimes rent or borrow other planes. Does my owner’s policy include non-owned coverage? 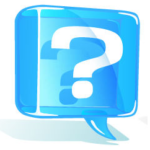 Non-Commercial aircraft policies often include insurance coverage for flying rented or borrowed aircraft. If you were liable for a claim for property damage, bodily injury, or physical damage to a non-owned aircraft, coverage may extend to that claim. (Physical damage coverage would only be covered if your owned policy included physical damage).

Since aircraft policies are not standardized, the terms of coverage vary by policy. Sometimes you may have to read several parts of your policy to determine to what extent you are covered for flying non-owned aircraft. The first place to start is in your basic policy under a section entitled “use of another aircraft”.  Then look for an expansion endorsement for a broadening of coverage

Some policies include verbiage limiting non-owned coverage such as “if the Named Insured is one individual or one individual and a spouse”. If your policy is in an LLC, there may not be coverage for non-owned aircraft. From there, you will have to refer to the definitions pages of your policy to determine what qualifies as a named insured on your policy. Often, non-owned coverage extends only to the named insured(s) of the aircraft and not the other named pilots (non-owners) listed on the policy.

Jumping around the policy to determine your coverage can be confusing. Feel free to call your Aviation Insurance Resources (AIR) agent to go over your non-owned coverage benefits with you! Need a quote for your owned aircraft and want it to include non-owned coverage? AIR shops all the major aviation insurance markets to obtain the best rates with the broadest coverage available. Call 301-682-6200 or request a quote online to obtain an aircraft insurance quote from AIR today!