The trees are changing colors and the elections are coming near, both make for an interesting flight. Aviation Insurance Resources’ 2012 Women Fly it Forward flight award winner, Toni Michaelson, is quickly adding up hours in her logbook. 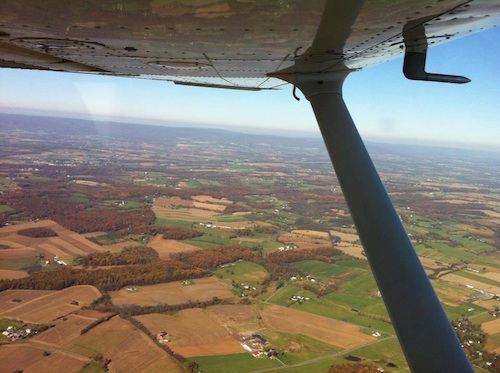 “While preparing to take off this morning in Frederick (having earlier been given special restrictions as to where we could fly today due to the president being at Camp David), we saw his five helicopters fly right over us as the president makes his way to Florida today. The other photo is us flying a few minutes later outside the restricted air space of DC. These were both pretty awesome sights to see, from the ground and the air.” 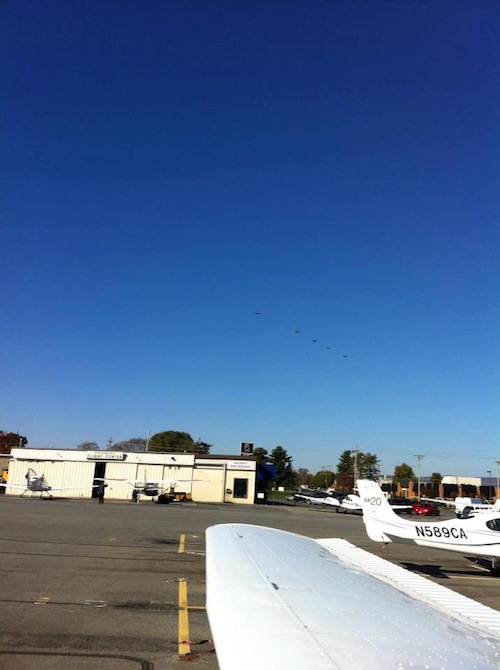